Well everyone knows the Lions lost the ’91-’92 NFC Championship Game to the Washington Redskins. What this post pre-supposes is….maybe they didn’t?

A while back I got pretty hooked on the old Tecmo Super Bowl for NES, grace à my roomie Neal and his entertainment system. As I began to play the game, my memories of a Lions team that was really quite good got mixed up in the challenge of vindicating their playoff exit that year. Let’s be honest, Lions fans are a long suffering bunch (we all remember their World Championships in 1952, ’53, and ’57, right?).

For the uninitiated, Tecmo Super Bowl for the NES allows you to play an entire 17 week NFL season (and potentially the playoffs) with the actual preseason roster your team had in 1991. And all the statistics are recorded from your season as it happens. Like changing the flow of the river of time!

It was a time consuming challenge, and especially difficult early on as my sense memory of playing the game as a sixth grader came back very slowly. The fun (read: nostalgia) factor on this game is very high.

Giving Barry Sanders and company the title became a mild obsession. What is going to happen now is I’m going to document it pretty comprehensively.

The Lions regular season performance was far from dominant, taking third in the old NFC Central (remember when Tampa Bay played in the division? Weird city) and narrowly eking out a wild card playoff berth.

You wouldn’t know it from the Wins and Losses, but this Lions team was stingy. Their decent defensive rank (sixth in overall yardage allowed) was belied by their point differential (+165, 2nd in NFL) and points allowed (2nd also). Offensively, while productive (3rd in total points), they were not elite, at 13th in total yardage (and 2nd in NFL in total rushing).

It’s the individual performances that really stand out, particularly that of “real life” Hall of Fame running back, Barry Sanders. He lead the league in rushing yards, touchdowns, and total scoring. 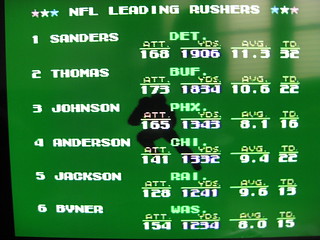 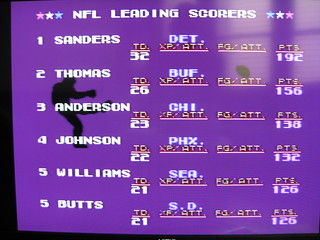 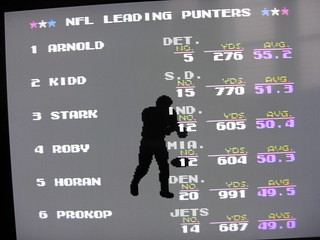 Eddie Murray was a predictably reliable placekicker, and it should be mentioned that the next year the Lions would draft a kicker out of Washington State, name of Jason Hanson…who is STILL their placekicker. Those are both twenty-year-career men. Baffling!

And finally an honorable mention for “real life” three-time Pro Bowler Jerry Ball, tying for seventh in the NFC in “SACK”: 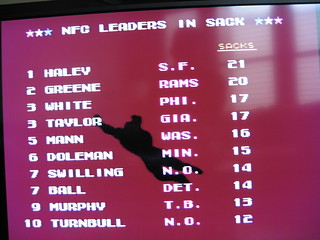 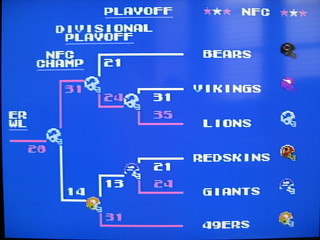 The Lions meet their NFC Central rivals Minnesota (a tight win in the wild card game) and Chicago en route to a thrilling NFC Championship over San Francisco. It should be noted here that a victory over the Washington Redskins would have been sweeter vengeance for Wayne Fontes and the boys. However the truth remains that besting Montana, Rice and co. was cathartic. (I have since gone back and beaten Washington, New York, Oakland, Buffalo, and the other decent teams in preseason mode. These progressively larger and more comprehensive victories became an increasingly joyless exercise, but one I felt necessary to justify the Lions rise to the post-facto 1991 NFL pantheon.) 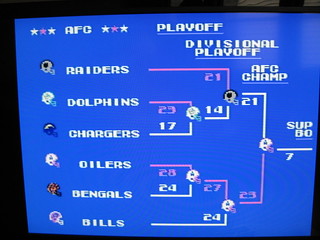 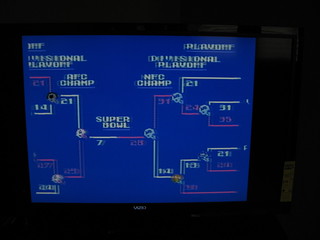 Whilst the Houston Oilers did what it took to narrowly best Buffalo and Oakland, they could not overcome the dynamic Super Bowl performance of Barry Sanders (4 TD) and the Lions defense, with the game ending Lions 28 Oilers 7. Well done boys. Well. Done. 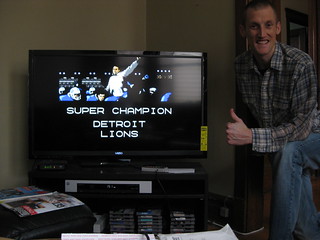 Being a Lions fan is a roundly tedious enterprise. In families like mine, when you watch them play (usually to a loss, like the ten consecutive Thanksgiving defeats, or the 20 years since we’ve won at Green Bay) over the holidays, there are an endless array of jokes, regardless of the scoreline. Classic quips about losers you might hear anywhere (“How are they going to snatch defeat from the jaws of victory this time?” Har de har har).

Those Barry Sanders teams of the early nineties were a mind-bending shift from all that. The things that man could do were unbelievable. What if Rodney Peete (whose Twitter account is linked to his Pro Football Reference page, ??) had stayed healthy that year, and we’d had him, instead of Erik Kramer, quarterbacking in the playoffs? Maybe it wouldn’t have mattered, it was probably the ‘Skins year. But to go back, and earn a (-n admittedly meaningless) slice of glory for this squad felt supremely satisfying.

And even if surprising revelations are coming out about this era even now, the Lions will always be 1991-92 Super Champions in my book.

Filed under American Football, Being Human